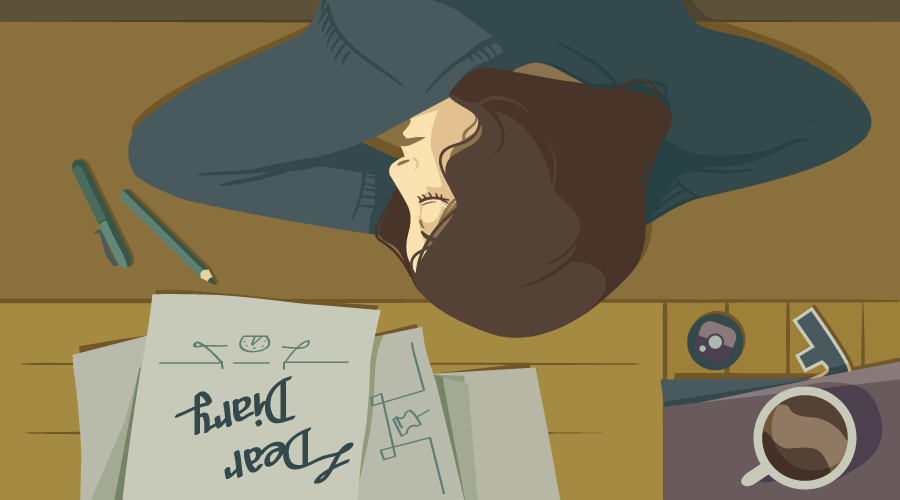 The word micro gets thrown around a lot in modern programming: micro-frameworks, micro-services, etc. To me, this means solving the problem at hand with no bloat. All while solving for a clean-cut single concern. This means focusing on the problem at hand and cutting unnecessary dependencies.

I feel Node follows the Goldilocks principle when it comes to the web. The set of APIs you get from low-level libraries is useful for building micro websites. These APIs are not too complex, nor too simple, but just right for building web solutions.

In this article, let’s explore building a microblog with Node, Git, and a few dependencies. The purpose of this app will be to serve static content from files committed to a repository. You will learn how to build and test an app, and gain insight into the process of delivering a solution. By the end, you will have a minimalist working blog app that you can build on.

The Main Ingredients for a Microblog

To build an awesome blog, first, you need a few ingredients:

To send an HTTP message, I choose Node, as this gives me just what I need to send a hypertext message from a server. The two modules of particular interest are http and fs.

The http module will create a Node HTTP server. The fs module will read a file. Node has the library to build a micro-blog using HTTP.

To store a repository of blog posts, I’ll pick Git instead of a full-fledged database. The reason for this, Git is already a repository of text documents with version control. This is just what I need to store blog post data. Freedom from adding a database as a dependency frees me from coding for a ton of problems.

I choose to store blog posts in Markdown format and parse them using marked. This gives me freedom towards the progressive enhancement of raw content if I decide to do this later. Markdown is a nice, lightweight alternative to plain HTML.

With this list of ingredients, I have all the dependencies I need to build a micro-blog.

Picking dependencies is not a trivial matter. I think the key is anything that is outside the immediate problem can become a dependency. For example, I am not building a test runner nor a data repository, so that gets appended to the list. Any given dependency must not swallow the solution and hold the code hostage. So, it makes sense to pick out lightweight components only.

This article assumes some familiarity with Node, npm and Git, as well as with various testing methodologies. I won’t walk through every step involved in building the micro-blog, rather I’ll focus on and discuss specific areas of the code. If you’d like to follow along at home, the code is up on GitHub and you can try out each code snippet as it’s shown.

Testing gives you confidence in your code and tightens the feedback loop. A feedback loop in programming is the time it takes between writing any new code and running it. In any web solution, this means jumping through many layers to get any feedback. For example, a browser, a web server, and even a database. As complexity increases, this can mean minutes or even an hour to get feedback. With unit tests, we drop those layers and get fast feedback. This keeps the focus on the problem at hand.

I like to start any solution by writing a quick unit test. This gets me in the mindset of writing tests for any new code. This is how you’d get up and running with roast.it.

Inside the package.json file, add:

The test.js file is where you bring in all unit tests and run them. For example, one can do:

To run the test do npm install && npm test. What makes me happy is I no longer need to jump through hoops to test new code. This is what testing is all about: a happy coder gaining confidence and staying focused on the solution.

As you can see, the test runner expects a call to roast.it(strNameOfTest, callbackWithTest). The return at the end of each test must resolve to true for the test to pass. In a real-world app, you wouldn’t want to write all tests in a single file. To get around this, you can require unit tests in Node and put them in a different file. If you have a look at test.js in the micro-blog, you’ll see this is exactly what I have done.

Tip: you run the tests using npm run test. This can be abbreviated to npm test or even npm t.

The micro-blog will respond to client requests using Node. One effective way of doing this is through the http.CreateServer() Node API. This can be seen in the following excerpt from app.js:

Run this via an npm script in package.json:

Now, http://localhost:1337/ becomes the default route and responds with a message back to the client. The idea is to add more routes that return other responses, like responding with blog post content.

To frame the structure of the app, I’ve decided on these main sections: 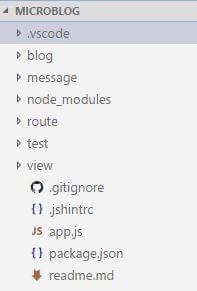 I’ll use these folders to organize the code. Here’s an overview of what each folder is for: