Angular and RxJS: Adding a REST API Back End

This article is part 3 of the SitePoint Angular 2+ Tutorial on how to create a CRUD App with the Angular CLI. In this article, we’ll update our application to communicate with a REST API back end.

In part one we learned how to get our Todo application up and running and deploy it to GitHub pages. This worked just fine but, unfortunately, the whole app was crammed into a single component.

In part two we examined a more modular component architecture and learned how to break this single component into a structured tree of smaller components that are easier to understand, re-use and maintain.

You don’t need to have followed parts one and two of this tutorial for three to make sense. You can simply grab a copy of our repo, checkout the code from part two, and use that as a starting point. This is explained in more detail below. 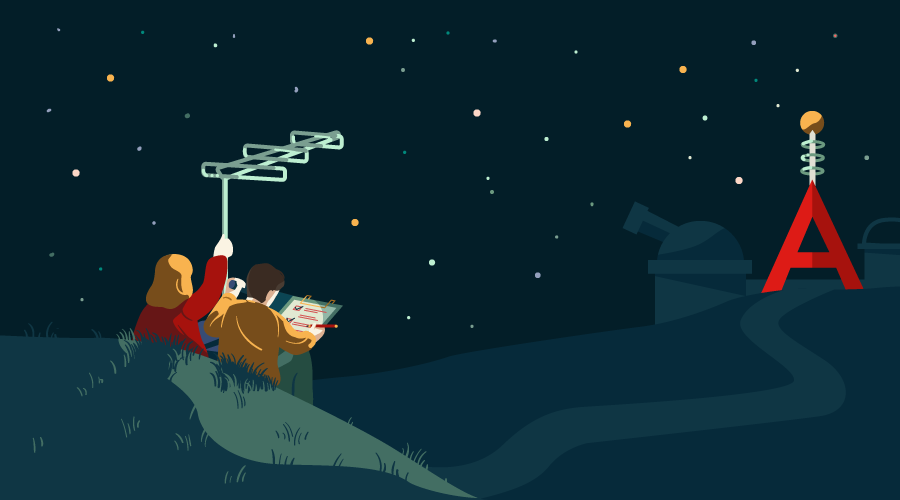 Here’s what our application architecture looked like at the end of part 2: 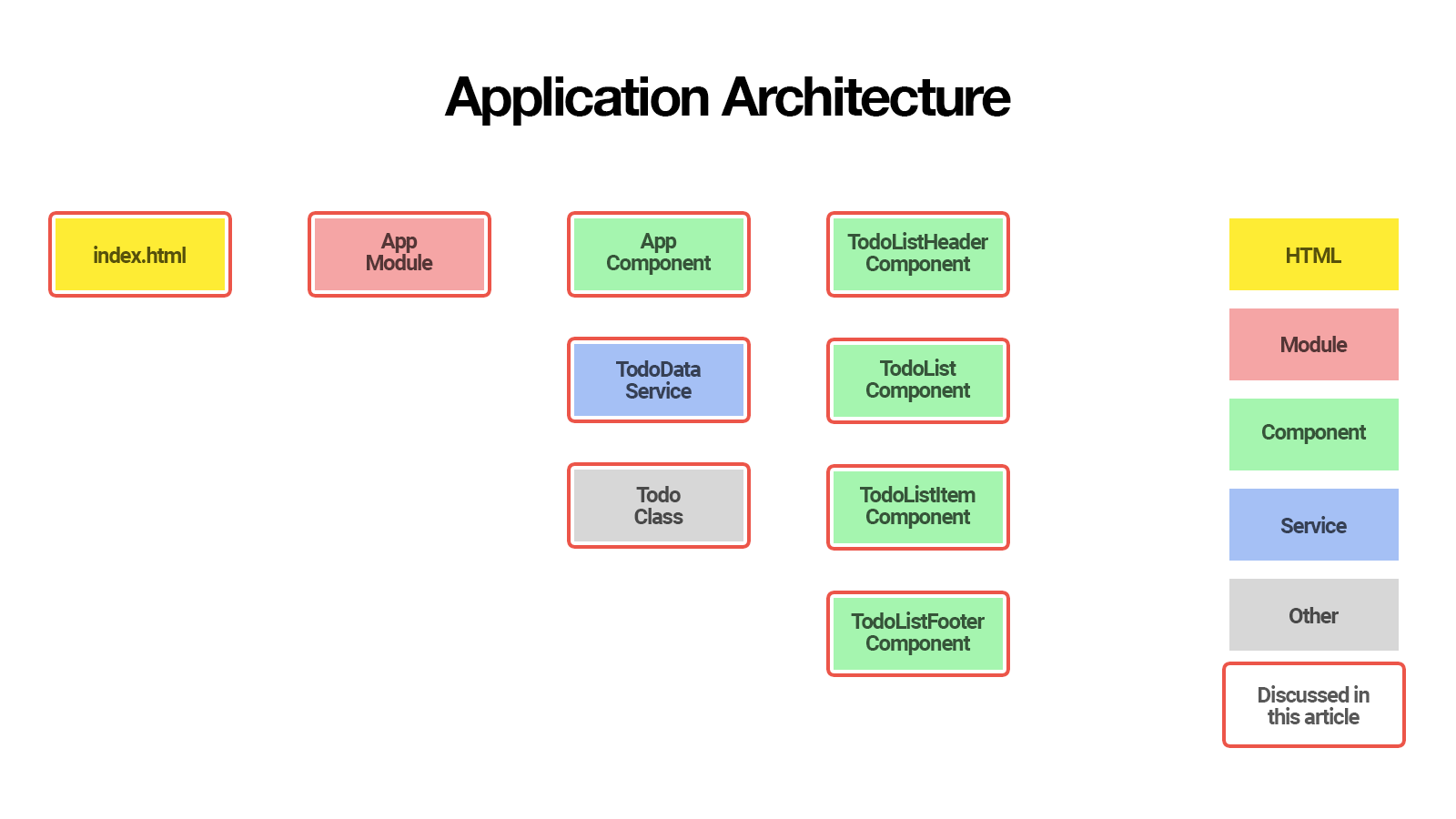 Currently, the TodoDataService stores all data in memory. In this third article, we’ll update our application to communicate with a REST API back end instead. 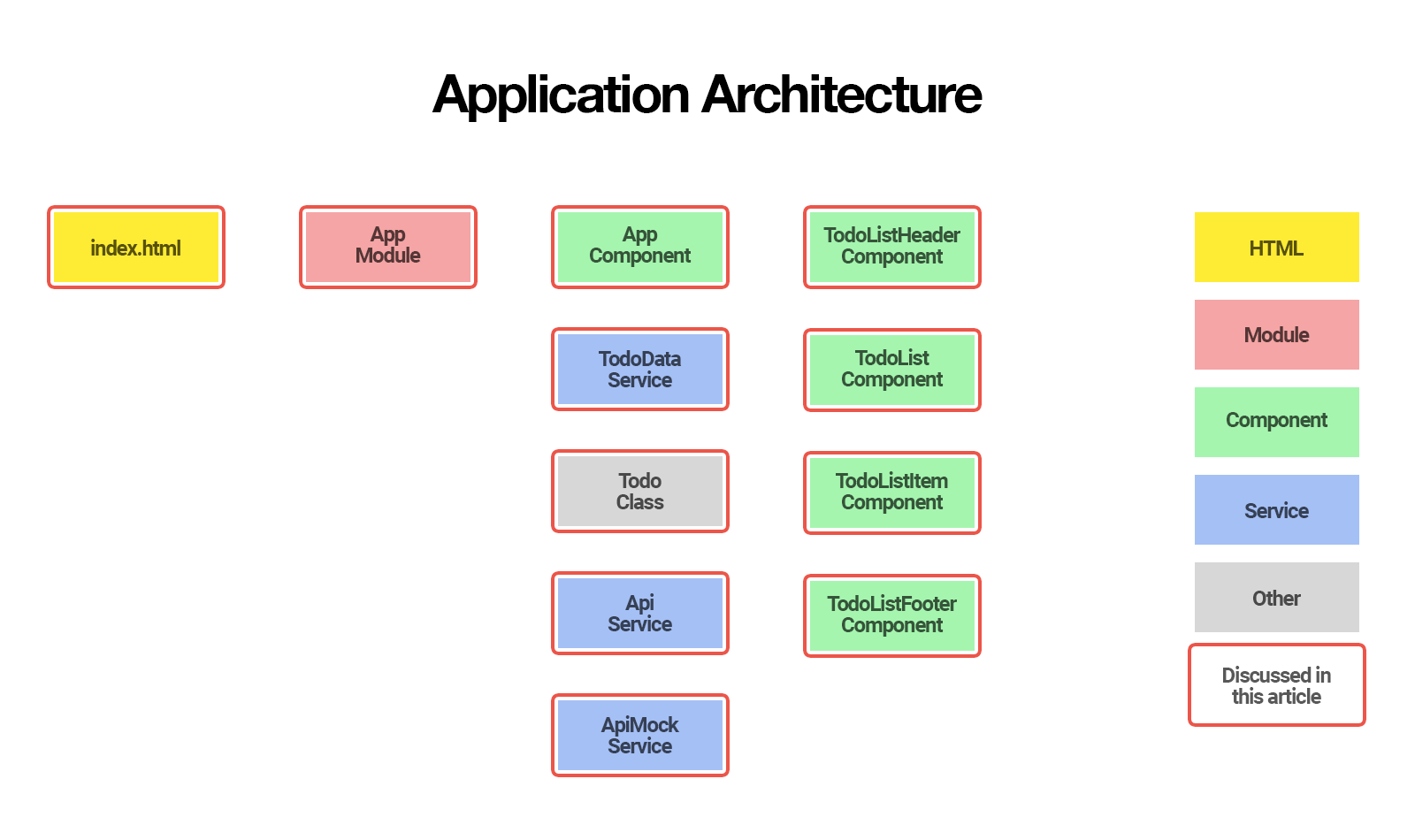 By the end of this article, you’ll understand:

So, let’s get started!

Make sure you have the latest version of the Angular CLI installed. If you don’t, you can install this with the following command:

If you need to remove a previous version of the Angular CLI, you can:

After that, you’ll need a copy of the code from part two. This is available on GitHub. Each article in this series has a corresponding tag in the repository so you can switch back and forth between the different states of the application.

You can think of tags like an alias to a specific commit id. You can switch between them using git checkout. You can read more on that here.

So, to get up and running (the latest version of the Angular CLI installed) we would do this:

Then visit http://localhost:4200/. If all’s well, you should see the working Todo app.

Setting up a REST API back end

Let’s use json-server to quickly set up a mock back end.

From the root of the application, run:

Next, in the root directory of our application, create a file called db.json with the following contents:

Finally, add a script to package.json to start our back end:

We can now launch our REST API back end using:

This should display the following:

To verify that your back end is running as expected, you can navigate your browser to http://localhost:3000.

The following endpoints are supported:

So if you navigate your browser to http://localhost:3000/todos, you should see a JSON response with all todos from db.json.

To learn more about json-server, make sure to check out mock REST APIs using json-server.