As your web application becomes larger, you certainly start to think more about designing a flexible, modular architecture which is meant to allow for a high amount of extensibility. There are lots of ways to implement such architecture, and all of them circle around the fundamental principles: separation of concerns, self-sufficiency, composability of the parts of an app.

There is one approach which is rarely seen in PHP software but can be effectively implemented — it involves using native inheritance to provide manageable patching of the software code; we call it the Forwarding Decorator. 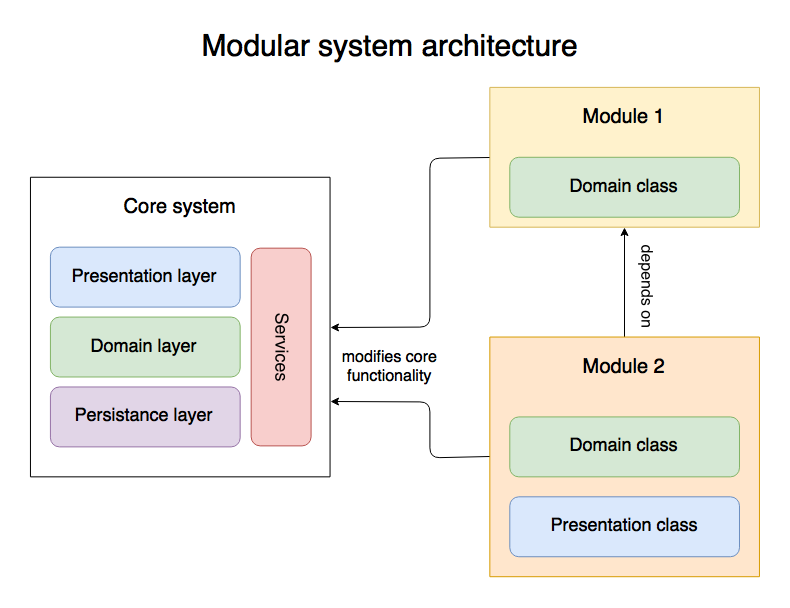 Introduction To The Concept

In this article, we are going to observe the implementation of the Forwarding Decorator approach and its pros/cons. You can see the working demo application at this GitHub repository. Also, we’ll compare this approach to other well-known ones such as hooks, and code patching.

The main idea is to treat each class as a service and modify that service by extending it and reversing the inheritance chain through code compilation. If we build the system around that idea, any module will be able to contain special classes (they will be marked somehow to separate from the usual classes), which can inherit from any other class and will be used anywhere instead of the original object. 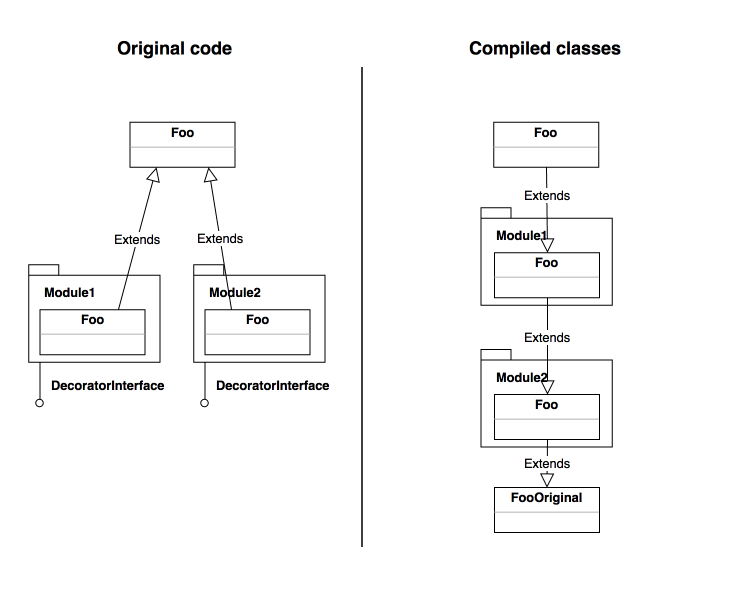 That’s why it is called Forwarding decorators: they wrap around the original implementation and forward the modified variant to the forefront to be used instead.

The advantages of such an approach are obvious:

With great power comes great responsibility, so the drawbacks are:

How Can This System Be Used?

How can that be possible?

Achieving this would involve some magic. We have to preprocess this code and compile some intermediate classes with the reversed inheritance graph, so the original class would extend the module decorator like this: