A Guide to Testing and Debugging Node Applications

In most web development projects, functional tests work by driving the browser, then checking for various DOM transformations against a list of user-specific requirements. Imagine you’re building a content management system. A functional test for the image library upload feature uploads an image, checks that it gets added, and then checks that it’s added to a corresponding list of images.

The choice of tools for functional testing Node applications is bewildering. From a high level they fall into two broad groups: headless and browser-based tests. Headless tests typically use something like PhantomJS to provide a terminal-friendly browser environment, but lighter solutions use libraries such as Cheerio and JSDOM. Browser-based tests use a browser automation tool such as Selenium that allows you to write scripts that drive a real browser. Both approaches can use the same underlying Node test tools, and you can use Mocha, Jasmine, or even Cucumber to drive Selenium against your application. 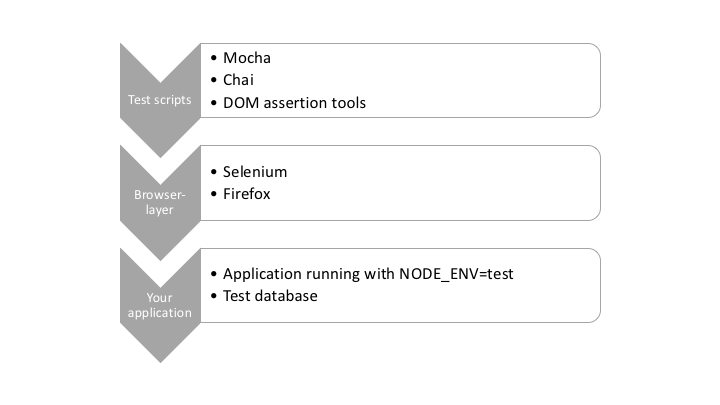 Selenium is a popular Java-based browser automation library which can be used for testing Node applications. With the aid of a language-specific driver, you can connect to a Selenium server and run tests against a real browser. In this article, you’ll learn how to use WebdriverIO, a Node Selenium driver.

Getting Selenium running is trickier than pure Node test libraries, because you need to install Java and download the Selenium JAR file. First, download Java for your operating system, and then go to the Selenium download site to download the JAR file. You can then run a Selenium server like this:

Note that your exact Selenium version may be different. You may also have to supply a path to the browser binary. For example, in Windows 10 with Firefox set as the browserName, you can specify Firefox’s full path like this:

The exact path depends on how Firefox is installed on your machine. For more about the Firefox driver, read the SeleniumHQ documentation. You can find drivers for Chrome and Microsoft Edge that are configured in similar ways. 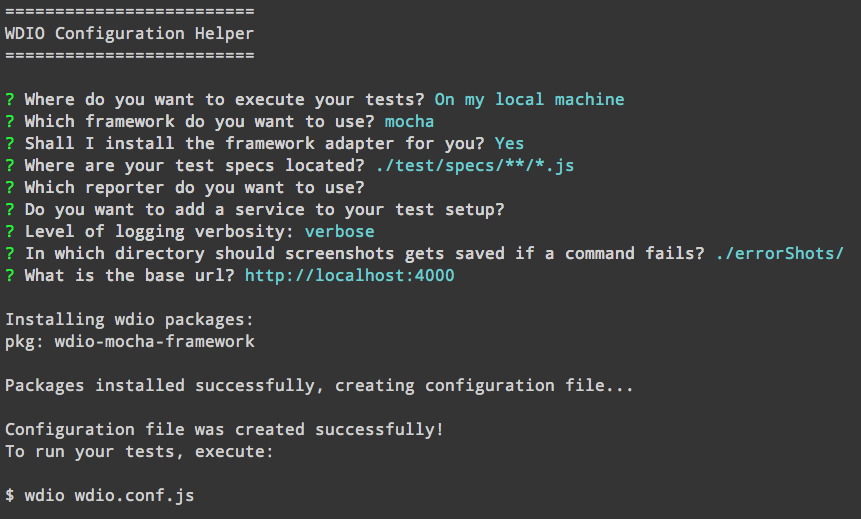 Update the package.json file with the wdio command to allow tests to be run with npm test:

Now add something to the test. A basic Express server will suffice. The example is used in the subsequent listing for testing. Save this listing as index.js.

Continue reading %A Guide to Testing and Debugging Node Applications%